David: Prana-shakti, often termed Kundalini-shakti is a potent vibratory current which serves as an initiation mechanism. It utilizes energy to communicate the essence of the Divine, of the total Divine—which includes Non-Duality or Light, Devotional Intoxication or Love, and raw spiritual Current (Kundalini or Prana-shakti). Within the stream of the Prana-shakti is or exists a self-sufficient river toward Divine Communion. Kundalini-shakti is not merely some kind of occult energy; it’s been widely misunderstood, unfortunately. Those who are prejudicial toward the Kundalini-shakti tend to favor a non-active Absolute, a non-active Absolute, but those who want to enjoy the motion of life and realize the essence of life simultaneously will often traverse the path of the Prana-shakti.

Energy is just as potent a communicator as is silence, the silence of the Atman, the silence of Brahman. Silence can very easily translate itself into or turn itself over into Current. This is what the ancient mythology of Shiva and Shakti refer to, the marriage or conjoining of silence, Absolute stillness, and ascending and descending and all-permeating current—current which actually transforms itself into the Living Bliss of the Divine. Therefore, Kundalini-shakti should not be seen as some kind of isolated event. It’s connected to the entirety of Consciousness and even further the consciousness of everything. Kundalini-shakti is not some unique human event; it’s the flight of a bird, the buzzing of a bee, and the shades of light off the face of the moon. It’s the laughter in a human being and the tears, it’s the opening and closing of the eyes. It’s sex, the power of sex, of sexual love. It’s all of that and more. The Kundalini-shakti seen from a true perspective originates in the unknown beginnings of the universe. It is in fact that always activating instant of self-arising Bliss. It’s that which is satisfaction, that which is the life energy of every living thing, animate and inanimate. Rightly understood it is non-dual—it is non-dual, just as non-dual as the Atman.

It’s only the male teachings, the patriarchal teachings that have arisen out of various cultures that have had success in denying the reality of the Kundalini-shakti so as to promote their own male agendas in the world. That’s what we’ve seen happen in all Mother-based teachings. You’ve seen a desperate and dire attempt on the part of men to eradicate woman; the symbol and the actuality of the energy of woman as being the origin of creation. Even though I live in a male form I’m thoroughly saturated with that feminine consciousness. It does not discriminate. “Woman” doesn’t mean a woman’s body. Woman means breathing fully into that energetic source, that matrix that is activating and thrilling everything everywhere in nature, in space. The male spiritual population is not happy with the Prana-shakti for the simple reason that it cannot be controlled. It cannot be told to sit and stay still within the confinement of a human skull. It’s brilliant, sparking, spontaneously transmitting, spontaneously initiating, spontaneously awakening all beings in all ways. In fact, it’s the feast or universal communion of all beings among and within themselves. It’s the process of eating, digestion.

In this teaching, we regard the Mother Shakti with tremendous love and respect. We adore the Source Current, the Universal Consciousness in the form of energy. We worship that with our whole being by having it enter us and possess us, consume us with its Bliss, its Love and ultimately its own non-dual source. Shakti can climb within your nervous system and attain the highest state. It is not subordinate to Shiva. In fact if you read the Puranas, you will see that Shiva is always in search of Shakti, maddeningly so, to the point of disturbance and disintegration. His loneliness is so great that he is compelled to move out of his stillness and find the source of energy in the universe and marry it—marry it with his whole being because that’s Himself, that’s his own Self. He’s not complete without that. Just as no human being is complete without both the masculine and the feminine sides of being awakened. There’s no such thing as a man, merely, there’s no such thing as solely a woman; there’s only man-woman, woman-man androgynously created so as to enjoy the taste of everything. Communion with the Shakti should become so deep and all pervasive that it holds your entire being. Vibratory induced ecstasy: it should hold you completely, it should perform meditation upon you. Meditation should unfold out of your initiated state of Kundalini-shakti reception. And this will happen. It will course through the nervous system, it will enter every pore, every crevice, and every crack of your being and fill it until you are nothing but a vibrating wholeness, vibrating Consciousness. And that itself will easily self-recognize into silent Consciousness. There’s absolutely no distinction on the highest level. 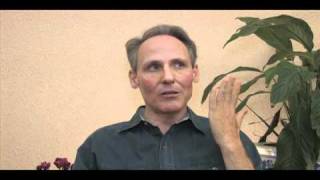 8:47
The Body’s Recognition of the Shakti, September 10, 2010
David: There is a beautiful Shakti in the room. Does everybody know what the Shakti is? It's for people who are not satisfied to realize the Divine. The Shakti is for those who want to feel the Divine. Do you see that distinction? You can know ...
Consciousness, Shakti
32 views 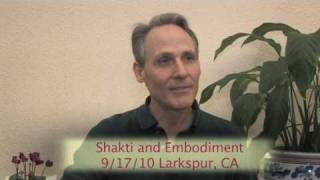 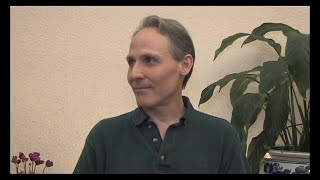 4:54
The Ecstasy of Living, September 17, 2010
David: The reason why we were designed in embodiment was so that we could taste the ecstasy of living. You can call it compulsory joy. The Buddhists, of course, have a hard time with this. For them relativity is a bad trip. It's a bum trip ...
Consciousness, God, Mindfullness, Shakti
25 views 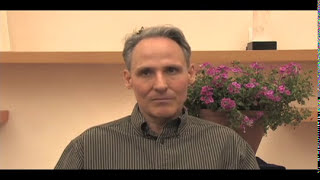 5:22
Conjunction of Shiva and Shakti, September 9, 2011
Now you can feel the Shakti. The Shakti’s beginning to really move now. Because wherever Shiva is, she's not far behind. So if That alone is, she hears that there’s a place where only That is, she won't waste too much time in getting there. In ...
Liberation, Meditation, Shakti
8 views 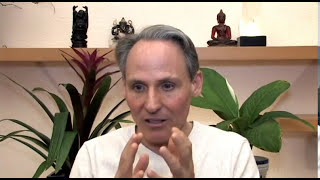 2:29
Shiva and Shakti are One, October 28, 2011
Feel the Shakti. Do you feel the current? Do you feel this vibratory current? It’s happy and blissful, energizing. That’s the Absolute in the form of energy. Let it have its way with you. Let it install itself so that it’s always generating ...
Shakti
9 views 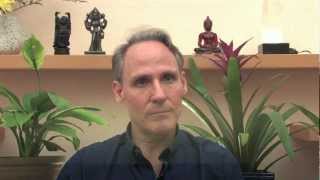 0:53
Mother’s Breeze of Shakti, January 6, 2012
David: Words are not necessary with the feminine aspect. She touches. She has this Breeze of Energy: she touches, initiates, activates. She activates the chakra system. You need Mother to do that. Father won’t get involved with that. He doesn’t ...
God, Shakti
10 views 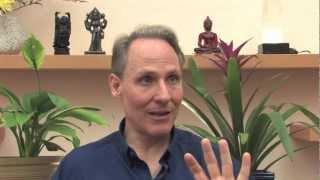 2:19
The Kundalini-Shakti Current, January 6, 2012
David: Now the current is very active. There is no need to talk about the Absolute anymore. Now the serpent power of the Kundalini has become active. Do you feel the Kundalini-shakti now? Good. So you are experiencing the transmission of the ...
Shakti
27 views 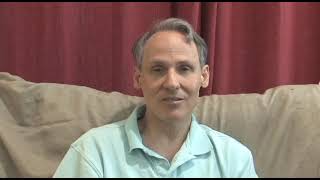 9:50
Lila-Shakti, August 18, 2012
Moderator: David, a participant in Augusta, Georgia, “Do tantric principles like the union or integration of Shiva and Shakti principles, dimensions play any role in your transmission and teaching?” David: Shiva and Shakti — those words, what ...
Bliss, Consciousness, Shakti
42 views