So, why then would there be a mystique around enlightenment teachings? Why would Masters take on students and school them away from society in private locations and ashrams and the jungles of the Himalayas, in order to instruct them on something that was always already there; sounds kind of silly. It’s because very few people have the hunger to really understand what is at stake here. And, that a kind of persistent fire has to be demonstrated before the teaching will actually kick in, in its fullness. In a way, these teachers are like theatre. It’s live theatre. It’s life theatre created to give the impression that this is very, very special.

This is unusual. This is something humanity very rarely gets to see and, yet, it’s something that’s there all the time and so it’s supposed to be so obvious. If it’s there all the time, it’s got to be obvious, the most obvious thing. So, what these masters have recognized is that the very obviousness of it has become that which blinds. The obviousness of it makes it difficult to comprehend.  It’s too much in your face. It’s so much around you and in you that you just don’t know how to look at something like that. It takes time to cultivate the seriousness upon which the intention to look is placed. That’s why this has been removed from society in the ancient traditions, why ashrams are created. This is a kind of ashram. The word is not used in my teaching, but that’s, in fact, what it is. It’s gurukula, a school of looking into this Light.

It’s not just enough to feel my Transmission. It’s good and that’s a great sign if you are able to recognize that when I walk in, something really starts to fire up and happen in your Being. That’s really a necessity, but there’s a whole process then that goes on, of relating that to your own state, in living into all the realizations that are brought about through the practice, that practice of Self-recognition, which could take a long time to culminate. We just don’t know how long it will take, because it’s, again, seeing something that is extremely close to you.

9:22
Sahaja Samadhi Is Unstrategized Liberation, January 12, 2010
Full awakening itself is qualityless when we’re talking about full realization of the Self, which means that you know that you are Pure Consciousness and everything else is also Pure Consciousness. That’s the highest state of realization you can ...
49 views

14:35
Voyage Toward Liberation, December 1, 2021
Moderator: From a participant in India, “Namaste. Thank you for the blissful transmission. What role does morality, ethics, and being a good person have on the spiritual path, or is that an ego trap?” David: It can be relevant or it can be a ...
73 views

17:55
Beyond Captive Meaning, September 1, 2021
Participant 1: I am very grateful for your presence, David. I experience deep peace and enjoyment in your meditations. I am curious to clarify what you mean when you use the word “Bliss.” David: I use it for the most part as the Hindus use it. ...
34 views

10:47
Release Happens, August 18, 2021
Participant 1: Can you say something about worshiping the Infinite as the Divine Mother? David: That’s what we’re doing here. The Divine Mother is not a person. It’s not a deity. It’s spoken of as a deity symbolically, but it refers to an actual ...
72 views

13:28
Pure Knowledge, May 12, 2009
Participant 1: Every time I try to meditate there is another being that arises. I experience powerful vibrations and am not able to meditate. David: Why do you call it another being? You also referred to it as a vibration. I’m not sure what ...
35 views

18:57
Science Is Destructive, July 14, 2021
Moderator: A comment from India, “Thank you for the beautiful Transmission. Is complete freedom from fear of death possible at the end of the spiritual path or a thin film of fear and identification remains?” David: Find out for yourself. Take ...
50 views

Supra-Causal Comprehension, September 8, 2021
Moderator: From Perth, Australia: I have strong energy rising up through the center of my head. Do you have any comments? David: Let it happen. And get rid of the idea that it’s your head. It’s what’s in back of these experiences, what’s ahead ...
69 views

9:36
What You Are, October 30, 2009
The free flow of Bliss, which in turn can change into light, devotion or energy is spiritual transmission. I’m using the word “Bliss” here in a very general, universal sense, referring to that unspeakable quality that contains all three, that ...
59 views 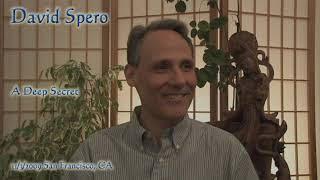 4:08
A Deep Secret, November 3, 2009
Participant 1: The Shakti feels especially strong to me…and the silence is there….It’s powerful. David: So, it must be that that whole happening is outside of individuality. It’s beyond knowledge. It’s in the Advaita Vedantic field, beyond ...
38 views

4:34
Ungrasp From Realization, October 27, 2009
David: You’re realizing that you're in maya. That’s why it’s beginning to look dreamy because you’re in a dream. Participant 1: Hmm. David: So, the first thing that happens is you come into the recognition that you’re dreaming, which is what you ...
70 views 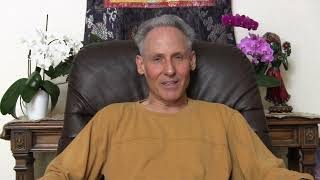