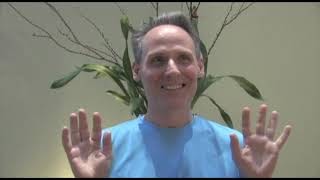 There is nothing personal in enlightenment. Enlightenment, we could say, is a vast emptiness, an impersonal backdrop and, certainly, does not destroy the function of the personality, or ego structure, or feelings, or bodily functioning.  But, it is prior to all of that. The body-mind might get an intimation that enlightenment has, in fact, occurred, which is that the subtlest level of the mind has somehow become enlightened about the nature of the presence/non-presence of this Field, that it somehow agrees that it exists. Not agrees in the sense of believes, or has faith in the fact that it exists, but that it is utterly reconciled and aligned toward that Field. I don’t say “in” because nothing enters into it.

It’s important to note, that the structure, and this bears repeating, of the personality remains intact. Everything continues as it was. Nothing changes in the relative. Many of the likes and dislikes that were present before awakening are still present afterwards, unless there was some recognition of some kind of negativity in one’s habit patterns, in which case there might be a quick adjustment, a quick and spontaneous adjustment in behavior.

Phenomena like calmness, peace, even the feeling of non-duality, are all outside of the enlightened Field. The personality, the ego structure, might think it knows, only because it feels the wave-like undulation, the pulsations of quietness and energy and love that happen near that emptiness. But, that emptiness exists nowhere near the human personality. It’s good to understand this completely, because it teaches you not to attach to any form of experience that arises in you.

It might be perceived as a letdown. You might feel deflated as a result of knowing this kind of thing, because if it’s not for the “me” and it doesn’t come to bear on relative existence, then what is this, and what’s the point of it.

There’s a passionate movement toward the Truth in someone who desires to have it revealed to him. That movement is created by life itself. There is no selfish motive in it.

So, the notion that enlightenment can work for you, or you can extract something out of it, are foreign to the very process of true awakening. They just don’t exist in that spectrum. Of course, it might be inevitable that the ego-mind thinks, and can’t help but think, that there’s something there for it, and that kind of deluded selfishness is what, in fact, occurs alongside the genuine and spontaneous awakening process that’s motivated by nature.

The separate “me” will continue to interpret everything in that strange fashion, only because that’s the field in which it has comprehension, in the field of the “me versus the object” in duality. So, it sees everything as a reflection of what it wants or doesn’t want. But, real enlightenment is something that we don’t ever really know, except through the feeling of fulfillment that comes from its own Realization.

It’s a fulfillment that can’t be described or experienced any other way. You can’t miss it for something else. So, it produces its own unique fulfillment. And even the human personality has an intuition about this. It senses “the other.”  It senses where it begins and ends. It knows where birth and death exists and therefore, by default, it knows what That is, but it never knows where That is positively. It never positively affirms That in personal consciousness. It’s only by virtue of what it is not that you know that it is there and has been realized. It’s what the “me” can’t know about it, that enlightens the “me” as to its presence.

It’s good to hear this kind of information, because it helps the ego-mind to have a “hands-off” approach when it comes to realizing the impersonal. Hands off! Just to hear that knowledge will instruct the relative personality. Oh, yes, and so, in that way, you’re guided subtly to a correct approach, a correct posture in relationship to your own spontaneously occurring sadhana.

4:50
Shakti Is Non-Dual, January 29, 2010
You should begin to start feeling good all over as the Shakti, the energy within the Absolute begins to impinge on your body-mind. The Absolute is not happy just to stay in the void. It wants to start spraying up in devotional waves so you ...
11 views

12:08
The Golden Pathway, January 29, 2010
There are two kinds of knowing, inner knowing and outer knowing. This may sound elementary, but it’s actually very profound. Outer knowing is when there is a felt distance between the knower and that which is known, you could say a spacial ...
10 views

3:45
Upanishadic Unity Consciousness, January 27, 2010
Full Self-realization contains both the inner Being as the Absolute, as well as the world in which all of that relativeness sits. If there is mere Self-realization that is the state of someone who has not completed the spiritual process. The ...
17 views

7:00
Full Tilt Into the Total, January 22, 2010
David: What we are really craving with the whole essence of our lives is Consciousness. Even your physical hunger, your emotional desires, your intellectual needs are metaphors or secondary manifestations of this desire to merge into ...
25 views

9:22
Sahaja Samadhi Is Unstrategized Liberation, January 12, 2010
Full awakening itself is qualityless when we’re talking about full realization of the Self, which means that you know that you are Pure Consciousness and everything else is also Pure Consciousness. That’s the highest state of realization you can ...
67 views

14:35
Voyage Toward Liberation, December 1, 2021
Moderator: From a participant in India, “Namaste. Thank you for the blissful transmission. What role does morality, ethics, and being a good person have on the spiritual path, or is that an ego trap?” David: It can be relevant or it can be a ...
96 views

17:55
Beyond Captive Meaning, September 1, 2021
Participant 1: I am very grateful for your presence, David. I experience deep peace and enjoyment in your meditations. I am curious to clarify what you mean when you use the word “Bliss.” David: I use it for the most part as the Hindus use it. ...
42 views

10:47
Release Happens, August 18, 2021
Participant 1: Can you say something about worshiping the Infinite as the Divine Mother? David: That’s what we’re doing here. The Divine Mother is not a person. It’s not a deity. It’s spoken of as a deity symbolically, but it refers to an actual ...
87 views

13:28
Pure Knowledge, May 12, 2009
Participant 1: Every time I try to meditate there is another being that arises. I experience powerful vibrations and am not able to meditate. David: Why do you call it another being? You also referred to it as a vibration. I’m not sure what ...
45 views

18:57
Science Is Destructive, July 14, 2021
Moderator: A comment from India, “Thank you for the beautiful Transmission. Is complete freedom from fear of death possible at the end of the spiritual path or a thin film of fear and identification remains?” David: Find out for yourself. Take ...
56 views
123…19»