There is no political system or society in the world that really wants you to become who you are, because you will be governed by non-governmental forces [laughter]. Even though you might not call yourself one, you will be accused of anarchy. You’ll be called, and looked upon as, an anarchist, because they will sense that something has happened to you that is on the Soul level, for lack of a better word; on the Consciousness level. And they’ll understand that no propaganda can go into That – and therefore automatically there will be a sense of suspicion over someone….. And if you read what happened to Socrates in the dialogues of Plato, you’ll see that I’m talking about something that actually has historical application. Someone who was enlightening the youth, was actually convicted of what? Corrupting the youth. Somewhat ironic, don’t you think?

You know that there are others too, who got into, had had problems created through their own state of Being. Not that That creates problems, but It creates problems for those who think that they are managing this existence with their will and with their applications, and their plans. So when they sense that Intelligence that is bubbling up like an organic stream of Bliss, through a individual consciousness, that that is pouring out – I mean there are only two responses to That: you either love It or you hate It. Either you’re terrified by It or you fall in love and bow to It; you surrender to It. If you don’t know what It is completely you might say, “Please teach me about what this thing is that I sense is going on in you.” 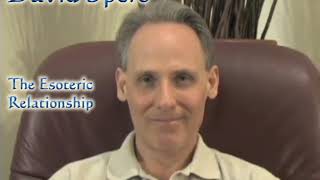 The Esoteric Relationship, March 17, 2009
Moderator: A viewer comments, "I felt as if you were speaking to me during the meditation -- in my Consciousness. David: Yes, you should look for an esoteric or invisible aspect to our relationship, one that is not demonstrated empirically. In ...
Consciousness, God, Liberation
16 views 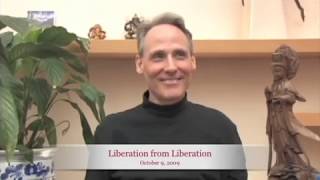 6:22
Liberation from Liberation, October 09, 2009
Moderator: As soon as you spoke about bhakti and Krishna, it was like a tidal wave of Shakti hit the Shore of Being. David: Lovely. Beautiful. Krishna means the "all-charming one." None of us can resist Him, even if we try. Even if we think ...
God, Liberation, Meditation
13 views
123…5»