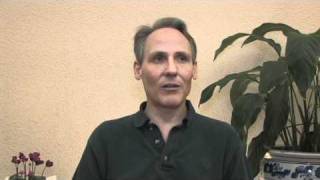 Participant: So, if I experience beingness as just bliss and joy, what is everything else?

David: It’s all that. It’s all that. Except it’s not so much that, when you begin to suffer, either through physical ailments or through the aging process or through loosing people. Those are very real sorrows. You can’t paint that over with notions of spiritual bliss, having a miserable childhood. Have you met people who have had violent sexual experiences, sometimes even incest at an early age and it colors their whole life. I mean, it’s very hard for those individuals to taste joy, they become so profoundly hurt and wounded that the wound is what dominates. This happens in human life. This happens especially in modern human life.

Modernism, well that would begin sometime probably, around the fifteenth century, the fourteenth century. I’m just arbitrarily defining that right now. I’m not a historian. Just for the sake of discussion, that a particular type of malaise has overtaken human beings in the formation of human culture. Human culture is a problem, the way in which it has been set up. The invention of money, the invention of private property, the invention of banks and lenders and interest. So, you have to bring all of that into it too. You can’t be naïve and say “Oh, we are just going to talk about spiritual topics,” as though you cannot bring in the reality of human history and the very perverted direction it’s taking. The profit motive, the stock market, all of this represents a very perverted and sick approach to life. Western capitalism, unbelievable.

So given all that, given centuries of that, we find ourselves here today looking at a very poisoned and ugly world in many ways. You can’t rationalize that away with spiritual theories. You can’t say “reality is just essentially satchit-ananda and therefore who cares.” That’s a deluded true believer talking. You have to be, you know, facing reality. When you come here I don’t just, you know, talk to some essence that wants just light, and love, and energy. I also talk to you in the context of culture, of this human happening that we call culture. You can’t separate a lot of your miseries from the context in which they’ve arisen within your culture.

Now we’ll talk about this for a while, but I am a spiritual teacher, so we are going to come out of that too. I just need to go there with you to remain honest. I don’t want to be deceptive or giving the impression that I’m avoiding that area of discussion on life. I can only do so much with it in the context of what I do. When people come in and talk about unhappiness, unhappiness is not just from your childhood, it’s not just from your job. It’s not just from all the factors that you think give rise to your unhappiness. Eating nonorganic food for decades, your DNA is beginning to suffer. Being exposed to pesticides for decades, you are suffering in a way that’s even unimaginable to your intellect. And this suffering accrues from unnatural living, through stupid living, through stupid human practices.

Yet in the context, even of this sobering reality, every once in a while, divine consciousness will capture a human life fully. And use that life, regardless of the historical context to blow through suffering completely, to blow through it unequivocally, to burn it away. And it doesn’t have time to fiddle with history. I don’t have time to run to Washington and protest. That’s a fool’s game, except perhaps if fifty million people all did it in one day. Then it wouldn’t be a fool’s game. But that’s just a hope. That’s just a pleasant distraction created by the imagination. The key is to access this very powerful state of your own Being and have that wash through you, wash through your intellect and your emotions and learn to become riveted on that, so that that is always speaking to you directly, that state. Then, you’ll be very powerful. Then, if do get up and you know, run for office or something, political office and you open your mouth, it’s going to be like a big hurricane that comes out. And people will feel that. They will feel the natural charisma, the radiant energy that you are embedded within.

You’ve got to know who you are. There is no way around that. You’ve got to find out who you are as consciousness. Forget about history now, we’re through with that. You’ve got to know who you are in consciousness. Otherwise, everything else is going to become cursed. You’ve got get really god intoxicated, you know, at least once or twice in your life. You’ve got to really lose yourself in your source consciousness. Otherwise, you are going to be some kind of ping pong ball on someone’s table. You won’t know the whole story. You won’t feel the universal consciousness as you. So, to get really deeply into your spiritual wit, you’ve got to have this touch of anarchy in your psychology. You have to have this touch of revolution going on, revolution from all authority, from every single authority, so that you have the energy to find out, you have the energy to look. If you’ve got something clinging to you, something hanging over your shoulder, it will distract you. So, you’ve got to get all the monkeys off your back, the monkeys of religion especially. All the theologians. They are the hucksters, the charlatans. They are the people who want everybody coagulated into a big heard of sheep all nodding the same nod. So, you’ve got to be a unique and powerful individual or there is no use even coming here. You’ve got to embrace yourself in that way, uncompromising.

It doesn’t mean that you can’t enter into a surrendered and devotional relationship with me. The kind of devotion I discuss and that I embody and that I offer in spiritual relationship to the people who come to me, is full of independence, inherent uniqueness the appreciation of the inherent uniqueness within each individual and I possess the sanity never to go in and play with anyone. I leave people to their own life. But have no doubt. What’s happening in this room is what every scripture has been written about, the Upanishads, what Ramana Maharshi spoke endlessly about. That’s in this room. The question is, will you, can you, are you, able to come in, in such a way that we can have a relationship there, something direct and powerful?