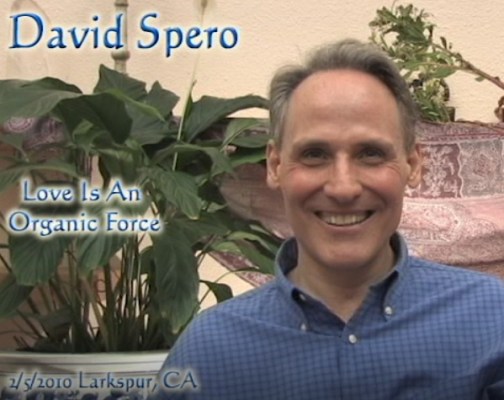 You can’t live without love. No human can. If you’re deprived of love and proper affection you’ll grow up with all kinds of disjointed and awkward capabilities. You’ll be deformed in a significant way because love is an organic force in nature that gives nutrition and healing and formative power to every living organism including human beings.

To say that the Universe is Godless in the monotheistic sense is not to say that it’s loveless. In fact, it might be just the opposite, that a monotheistic Universe is in fact quite loveless because of its authoritarian and tyrannical assumptions that are built into it, a God that punishes, a God that’s pleased, a God that gets angry, a God that sends plagues and typhoons. Who wants it? Send it back to where it came from.

But you know, human beings need a reason when it doesn’t rain and there’s a drought and everybody’s dead. I saw a picture, a nature program where all the lions in the area died because it didn’t rain on time. They just died. They didn’t die feeling like the big lion in the sky let them down. They just died.

Where did this talk come from tonight? It must be because you came.

Participant 1: I was thinking about that.

David: Mm? Yeah? Good for you.

I’m just trying to express some inexpressible understanding I have, and I’m trying so hard to just insinuate this thing to you. I don’t even know what the understanding is. I’m searching for it in this moment. I don’t know what it is. I’m just trying to tell you that it’s okay to be a human being, all aspects of you, mental, emotional, physical, vital, your meditative consciousness which is also impactful within your existence, your transcendent awareness. It’s everything that’s important not just one or the other.

Participant 2: My take on it is you’re trying to get us into reality.

David: I’m trying to assassinate delusional concepts, and there’s no getting into reality after that. All you need to do is see the way these concepts and fantasies fail. They’ll gladly leave you, and then you’ll be left with just your simple awareness of what is, and that will instruct you.

You’ll begin to see and know that it’s good to be human. It’s good to be here. You’ll want it. You’ll want it deeply, more than you can imagine, but not to be put to use, not to serve some God’s agenda, that’s prostitution. To be put into God’s plan is like being a foot soldier in the army of Adolf Hitler. Who wants it? It’s like fighting for George Bush in Iraq.

So, in this sense, your birth is meaningless and should always stay meaningless and pure like that in the sense that you’re not going to execute anyone’s agenda. You’re going to live out of the life current, out of the life impulse, and have your attention rooted there. Try it! Try it. You’ll feel crazy in today’s world because today’s world is demented. So, if you feel crazy that’s a good sign. If you feel normal and stable and like everything’s okay, there’s no hope for you.

Moderator: A viewer in Santa Cruz asks, “Can you speak about self-inquiry and if it played a part in your own unfoldment.”

David: I’m doing it now. This is how my unfoldment occurred. I really wanted to understand, and it occurred to me that until I understood who I was there was no use understanding anything else, that I had to start at home. So, I put that before myself as the most urgent thing to do when I was in high school. And I said, “Well I can’t execute this unless I learn how to meditate.” Why? Because I happened to pick up a book where Buddha said, “You can’t attain nirvana without meditation.” I said, “Okay, he sounds like a good character. I think I’ll take that hint from that teacher.” So, I began meditating, not in the Buddhist tradition but in a Vedic tradition, and began to learn directly about what meditation can teach. That was the beginning of my journey into self-inquiry. Meditating in the Self produces the Self, Self-realization.

Participant 3: A minute ago you spoke about not signing up to be the foot soldier in God’s army or any of that but instead to just live yourself in the current of what is. Is that maybe the true meaning of the phrase instruction is to will God’s will which…, No.

David: It doesn’t sound right. It sounds like a lie. These are incompatible understandings. One is fear-based. When you say it happens because God wills it, well why would God want to will something unless it was inherently disobedient or possibly disobedient? A will can only be inflicted on that which does not want to cooperate with that will. Do you follow? You can only have willfulness in relationship to possible disobedience in a theological sense. So, you would not ever express it that way, “It’s God’s will.” Just feel it in your body. You don’t need to think about these things.

Participant 4: But David, all your conversation is referring to a Christian monotheistic, authoritative God, whereas there are more shamanic paradigms where the purpose is round and not at all authoritarian yet there still is a life force and an intelligence.

David: But I’m claiming that too. I said there’s a life current. That is what we function in. Mine is that shamanic viewpoint.

P4: Ok, but in my shamanic viewpoint there is still a sense of purpose, but it’s not the authoritarian-monotheistic purpose that you’re rebelling against.

David: Yes, good for you. Then you need to redefine and reissue that word in a new sense to yourself, “purpose” if that’s the word you want to use. But not purpose versus purposeless otherwise you’re back into this trap of the will. The mind is very weird. You tell it there’s no purpose, then it says, “Oh, it’s all meaningless then.” The mind is…, I don’t want to use the adjectives that are coming to mind now. It’s that, just what you’re thinking, very up, blank up.

P3: So, that subtle force still has some sense of direction or agenda.

David: It’s only when you become self-consciousness enough that you want to have this idea of the will. The idea of the will only comes to the fore when you achieve an excessive amount of self-consciousness about yourself. Like you don’t say, “I willed my hand to drink the coffee in the morning.” So, why would you want to be willed into existence or manipulated as such once you are found in existence? Being in a human birth you would never if you were sane say, “I am here because of God’s will.” It’s as insane as saying that it’s my will that gets me to my car in the morning and I will the turning of the key, I will the shift and I will to the stop sign. And I will, and I will and I will.

P3: I mentioned it because it doesn’t fit anymore. It doesn’t feel right, as you say.

David: Yes, of course it doesn’t. It never was right. Look, even in the feeling of duality, of living in a dualistic Universe you start getting the feeling of victimhood. You realize all this is happening to me, and obviously, there’s death here, and there’s pain, and it’s all in terms of, “This is horrible. Why was I put here?” It’s natural that that thought comes up, but it only comes up because there’s such an extreme amount of self-consciousness. So, how do you deal with that? Meditation and you start dissolving that self, the self that has been born through the agony of mere experience, of mere experience. That’s the language of mere experience, saying, “I’ve been willed here and God loves me or God hates me.”

That’s all a very paranoid and disturbed mind functioning which is not to say you can’t go on worshiping Krishna or Jesus or Allah. You can do that, but know that that is an act which supersedes the waking state. Don’t try to bring that down into rationality. You keep the mythical where it exists. The mythopoetic is good in the mythopoetic level, but you don’t want to bring that into the purely literal sheath of the mind, the literal intellect because then you’ll start arguing that the Earth is square because scripture says so. And that the Earth is five thousand years old because scripture says so in spite of the fact that these are obviously false statements. So, these people who are doing this kind of stuff are doing it because they’re so disjointed in their own knowledge of themselves. They don’t understand that the imaginative sheath applies to a certain type of knowing. It’s valid, it’s beautiful, it delivers truth but on its own terms. Just as you also need the scientific apparatus, the empirical way of perceiving. 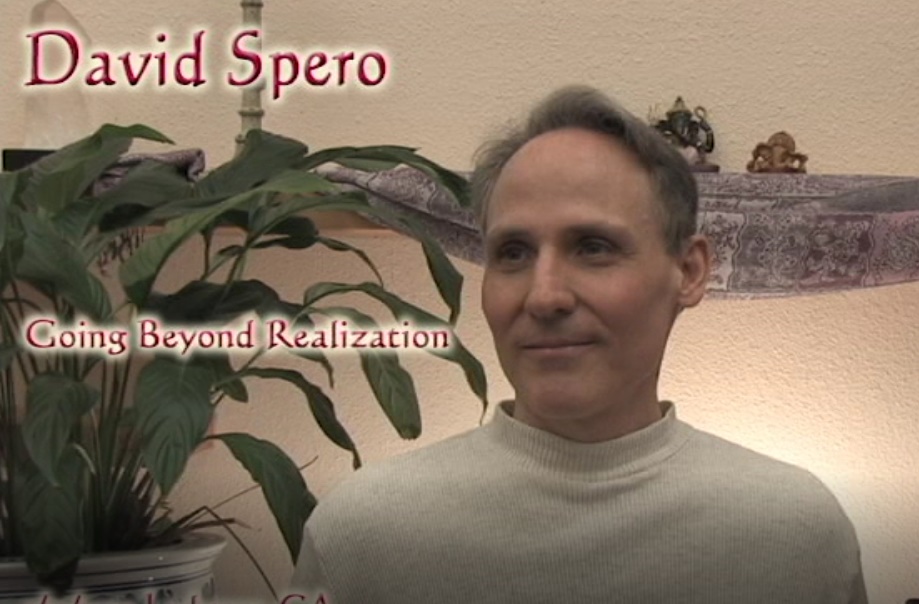 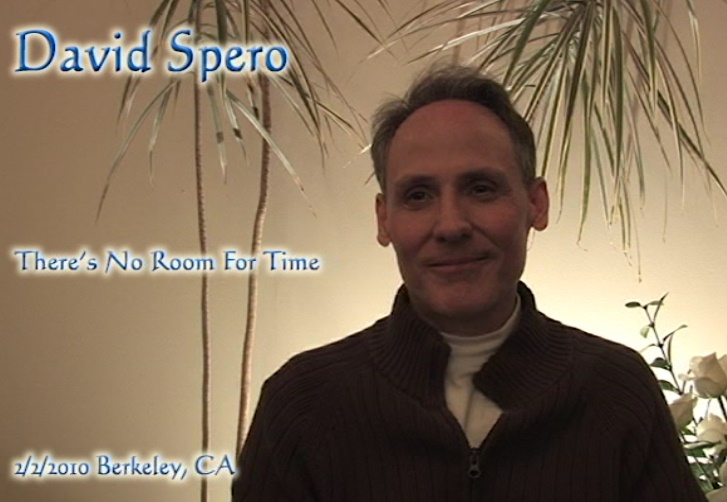