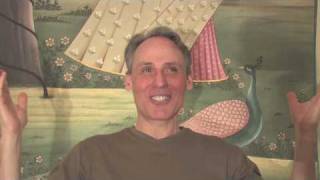 All the faith that you harness will be through your own experience. The deep faith and trust and perseverance you show in continuing to come here, entering into this Relationship — all that is based on your own Self-recognition. It’s the natural outcome of the Truth having been revealed to you.

So, I’m not in the business of promising things to people. I don’t say, “Well, if you come here, ‘this’ is going to happen.” I wait for you to speak up and let me know what’s happening. Then I’ll say, “Yes that sounds right.” That way, you’re always fully dependent on yourself; you’re not dependent on me. Otherwise, it’s not real. If it’s not you, it’s not real.

Consciousness will radiate, at some point, if you’re fortunate, to such a degree that you become meditated by It. That’s the same thing as meaning Self-realization. I’m just using my own terminology. Self-meditation, for me, is Self-realization. The Self is meditating upon Itself in you, as you, and there is a particular kind of feeling about that. You begin to feel global, expansive. You feel that enveloping sphere, that round presence, which is the sign that That is widening and expanding. That is, not you, not your mind, not your perceptions, not your experiences, but the You, — the foundational Being that you are. That Itself, undergoes expansion. It just starts to radiate and open. And then you find yourself in That as opposed to in a body. Like… if you read the texts of Ramana Maharshi, he’s always saying you’ve got to go beyond bodily consciousness – that’s what he’s talking about. That the Self Itself will out-radiate this sensation of being a body, that It will acquire the power, the Shakti of Self-meditation in you. The Self will meditate Itself into Realization. You have to understand these texts in the right way, otherwise you’ll be flagellating your body; you’ll be punishing it to try to go beyond it. You’ll think that there is something inherently wrong with bodily consciousness. No, bodily consciousness is transformed into a wider opening, that’s all. You don’t need to mess with the bodily consciousness, per se. To do that, you just have to revive your inherent connection and emerging in the Self, so that It comes up from within you and then expands you into a Trans-bodily Awareness, a Cosmic Consciousness, you could say.

Just feel the Bliss. tTe most important thing is just going into the Bliss. Just feel It. Just feel Me working in there, doing that drilling; the Shakti starts to drill. If there is some obstacle, it needs to go. So, the Shakti Itself will unearth it and then get below it and then it will hit the Source and then the Source will just – pshew! –your mind will pop. Your awareness will just transcend, even with your eyes open.

Are you with me? Talk to me, in a loving way. Don’t feel threatened. It’s just that I can see something come over you and I know you’re immersed in It, but I’m going to be a rascal and ask you to still talk to me. The last thing you want to do is acknowledge another.

Participant: [laughing] No, I like what you said one time about getting so comfortable in this state that you can be wildly irreverent or just whatever. I’m not quite there yet, but I would like to be so . . ..

David: You don’t need to be reverent or irreverent; just be how you are.

David: Don’t worry about where you are. Tell me what’s coming over you. You’re changing the subject.

Participant: Well, I mean, there is just this amazing Light and a shedding of, of um, worldly concerns …

David: Right, concerns that belong to the body.

Participant: Yeah, that belong to the body and that I have been an “empath” most of my life and my biggest troubles come from other people. And, so it’s such a relief when I’m noticing is that I have far less concern about what is going on around me, in a way, I’m still able to connect, but not give myself over to the experience in the same way. So, it’s like, ahhh, there is just more love there. There is more appreciation. There’s less trouble involved in my interrelationships.

Participant: And I’m just happier. There is just uh, a uh, let’s see, maybe it’s joy. It has no object.

Participant: It just comes over me.