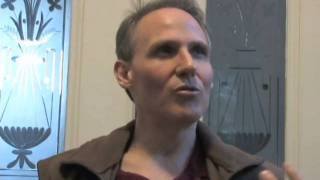 There’s no sense or accrual of self-importance that goes along with becoming Awakened. You don’t become more and more important and self-important to yourself. You become subtle and therefore out of the range of your immediate attention.

Something that follows you everywhere is not really in the forefront of attention. It’s more the background of Consciousness. That’s where you determine the depth of your transformation into Consciousness, the depth to which your mind has merged back into its Source: in the background, not the foreground. The foreground can only see detail, limitation — limited things. The background holds things wide open — big, huge.

So the teaching of techniques, et cetera, are all for the foreground mind. When you learn techniques and practices, they’re all to teach the foreground attention something: do this, don’t do that; practice this; practice it this way.

It’s almost like it’s a Secret. What I’m talking to you about is secretive in nature and you actually grasp it in a Secretive Location. It’s very subtle.

I’m interested in your foreground mind telling me, once in awhile, what’s happened in your Background Consciousness, once in awhile. We can’t do it too much [or] then we’ll become trite, then it’ll become mundane. It’s like chatting about Enlightenment all the time. It’ll just become another topic, like the candy store or politics.