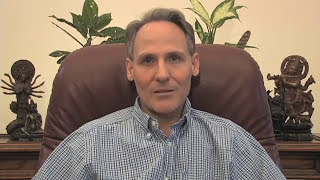 Moderator: A Comment from a viewer in Sunnyvale, “True yoga, beautiful absorption, everything unites.” And a question from Brazil “Is there such a thing as an absolute body that doesn’t ever dissolve?”

It’s an instrument, a useful and variegated instrument that has functional capability as well as realization capability. When you have full realization, you realize that you are the god of the universe. There is no higher god than you and the shape of your body, the form of your body, is intimately involved with that realization. Especially in the sense that your body preceded your realization of That. You may have lived in a body for many years, but your realization did not come until later. So in the seed of that body, all realizations are latent, like seeds. When they sprout you will see what your real body is. That you, as Brahman, as Atman, as the Supreme Self, are the encapsulated and Universalized Lord of the universe. You are the god of all gods. You are That.