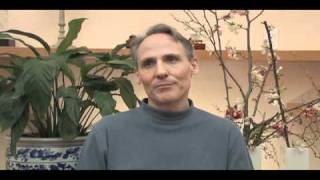 When you hear the words of the Realized speak about Self-Realization, it sounds easy, as though it’s the most obvious and undeniable of all Realities. It’s more obvious even than the perception of the world. But on its own level the mind struggles deeply to actually surrender into that Reality. It’s usually a long, drawn out affair and the bridge between the difficult and the easy is the Master.

It’s in tuning your mind to the Master’s Mind, which is the Self, that your self can also become transcendentally educated and then later on undergo that more embracing phase of full Self-Realization.

The Teacher, the Living Embodiment of the Teacher, the radiation power of the Teacher’s Self is what can help educate those who are not yet educated fully in the Self. It’s a total education in that existence is what is learned, not some piece meal knowledge, the whole is being learned and in terms of what one Is, not mere adoption of scriptural injunctions, faith in god, etc., but something more drastically intimate.

Awareness Itself undergoes the real voyage for which this human body was issued into this world in the first place.

2:49
Merging With What Is, January 24, 2008
You see, once your path to Consciousness has opened sufficiently, then Consciousness will conclude your process. You don't need to worry. There’s only so much opening you need to do. Once you cross that threshold, then it's just a question of a ...
Compassion, God, Liberation
30 views
123…14»